I went to Bonsecours Market, to see the city on the way and to get another sleep shirt.  Hatley makes the best and this is one of their best stores.  You can’t park on the street anymore, so I put the car in the lot right across.  It’s a valet lot and the attendant was complaining about the heat in two languages.  I left him the car and a $16 hostage on my debit card.  I got into the market, which has been re-done very nicely, and got my bearings.  Then I realized I lad left my cell phone in the car.  I went back across the street, fetched the car keys, and the phone.  Nice honest city, I was born in.

I went back inside and went looking for a Coke.  I use it for a hangover cure, in case you hadn’t guessed that was the problem.  They only had the diet version, which I consider poison, so I passed on it and went to find my nightie.  Got it on sale, so I bought two. Then I got back in the car and took the lowest possible road to Atwater Market.  Wow, they are building a ton of condominiums in Montreal’s old factory district, Griffintown, which used to be Montreal’s worst slum.

I always know where I am in Montreal, as the crow flies, but they keep changing the streets on me.  University is now Robert Bourassa, for #$%^&’s sake. Merde, alors.  Don’t get me started on the corner of Robert Bourassa and René Levesque.  It’s University and Dorchester, OK?   I finally made it to Atwater Market and found metered parking right by the SAQ (Liquor store) just across the street.  I parked, paid and walked into the market. 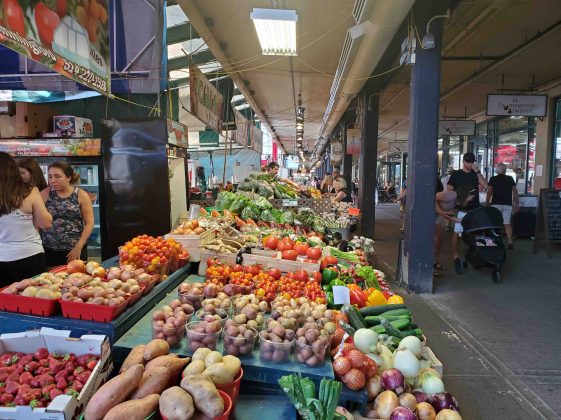 I was planning to go to the second floor and buy some chocolate, since Patisserie de Gascogne, Elvon’s obiscerie, is no more, and Andrées Chocolats has aged out of business.  Then I was planning to sit down somewhere and have that Coke.  That plan was only in my head.  When I went to pay for the chocolates, it dawned on me that I had left my credit card in the parking stand.  I couldn’t pay for those chocolates fast enough, with my debit card, and get back across the street.  The universe is taking care of me.  My Canadian VISA card was still in the machine.  This really IS an honest city.

I went into the SAQ, beside which I was parked, for a good wine for Saturday night.  I couldn’t get the 2015 Stags Leap cab.  It was in the computer but won’t be on the shelves for another two weeks.  The closest I could come was Grgich Hills, same year, $113.  After more searching online, with a nice helpful clerk, I gave up and bought it.

I got caught in traffic, because of all the construction, again, checked back in at 63 Chesterfield and went out again, on foot.  That’s what I love about this neighborhood.  I went to the Royal Bank, hit up its ATM for cash and went in to see if I could find the banker who had viewed Elvon’s original death certificate and done the paperwork last year.  The account still isn’t closed.  I found Paul though, and he’s now the branch manager.  He’s going to push it through on Monday.  Would I please send him an electronic copy of the death certificate?  Stay tuned.  All of this is pretty frightening, when you realize these are the guys who keep your money.

I had a little trouble finding that Coke I was still looking for.  Way too many places have gone way too healthy.  I didn’t want a bunch of blended green stuff that grown in the ground.  I wanted a good old Classic Coke that wakes you up and shrinks the capillaries distended by too much wine.  By the time I got it, in the depanneur next to the bank, I hardly needed it anymore.  I proceed to Pharmaprix to return something bought in error and across the street to Jean Coutu to get some of my favorite cheaper chocolate.  The good stuff is eluding me here.

I freshened up and went to meet Marilyn and Ted Salhany at La Sirène de la Mer, where the kubbeh nyah (raw meat) and fish and ships can’t be beat.  It was a light night, just one bottle of Baron de Rothschild’s Chardonnay.  All good, and always good to catch up with good, old friends.

Saturday, I had an appointment with Joan McGuigan to show me what there is in the way of condos to buy, here.  She surprised me by showing me a newly renovated one in Les Cours Mont-Royal, that I can actually afford.  Now to do some due diligence.  It’s very tempting.  It’s the old Mount Royal Hotel and connected to the underground city.  You could live there all year ‘round without ever having to go outside and have a lot of fun in the process.

I rejoined the Symanskys at 63, and we drove to TMR and the Morneaus, for pink bubbly in the back garden with the Brunets.  The weather has been gorgeous here, since I arrived.  Then we all went to Restaurant Christophe, on Van Horne, a high-end place, where you can bring your own wine.  They haven’t heard of corkage here, yet.  I had fois gras poelé and jarret d’agneau and it was delicious, as was the Grgich Hills.  But notez bien, the Stags Leap was just as good for $53 less.

Sunday, I was up earlyish to make Dim Sum at Kam Fung on Tashereau, in Brossard, by 10:00 am.  It was a bit of a challenge as there were “15-Sud” signs pointing west and north, as well as south (sud).  When I ended up in the Glen, in a place where only ambulances and delivery vans for the hospital had any business, I turned to Google.  She led me back, past where I started and well north, so that I could go south.  Oo – oo – oo.  Finally, I crossed the NEW Champlain Bridge, which IS pretty swell, only my Tashereau exit was so close on the other side, that I overshot it, and still made it on time.

Roslyn and Real were just in front of me and had secured a table.  God, I love this meal!  We stuffed our faces with all my Hong Kong favorites.  They even have the char siu in flaky pastry now.  We did well to go early.  The place was packed and it just got worse by the time we left.  And, it’s absolutely huge.  Just like Hong Kong.